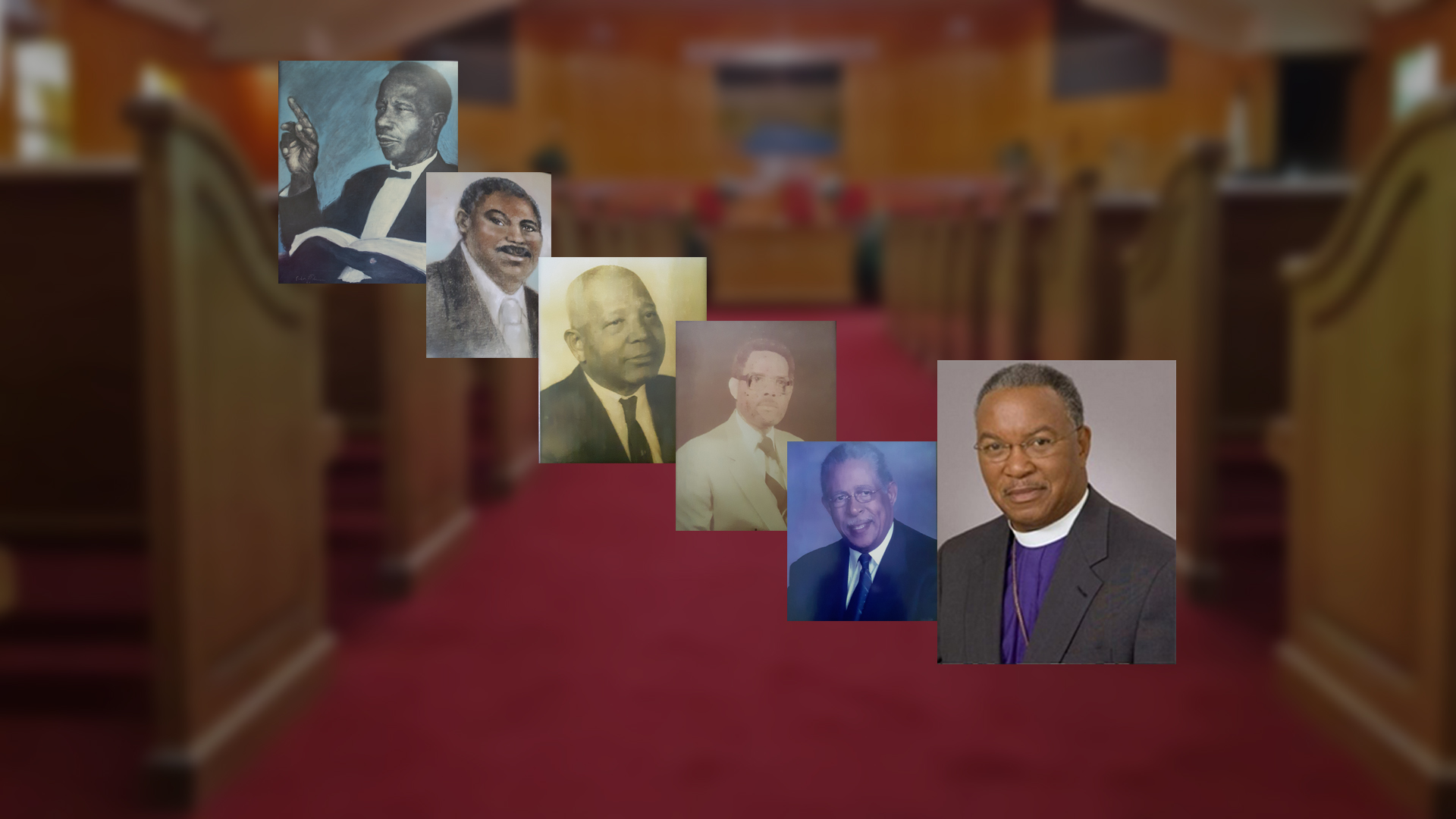 Under the dedicated leadership of Pastor Johnson and his wife Ellen, Buck Street Church grew as a diverse membership of more than 300 people.  Pastor Johnson departed this life in April 1936 leaving behind a legacy that has continued for more than 100 years.

Elder John Gamble was appointed as Pastor of Buck Street Church in August 1936 by Bishop E. M. Page.  The church was remodeled and the seating capacity was expanded in 1937.  As a part of urban renewal, the property at 2917 Buck Street was sold in 1954 to make preparation for the Eastex Freeway (Hwy 59).  It was in 1955 that the property at Des Chaumes and Legion Streets was purchased.  A beautiful brick edifice with a seating capacity of 500 was erected.  The new church building was completed in 1956.  It was renamed and dedicated as the Buck Street Memorial Church of God in Christ. Pastor John Gamble successfully pastored for 43 years until departing this life in October 1979.

Elder Charles A. Harrison was appointed as Pastor of Buck Street Memorial Church of God in Christ on November 20, 1979 by Bishop C. H. Nelson.  Pastor Harrison continued the vision for the church that had been established by Pastor Gamble.  On January 4, 1984, the interior of the church was destroyed by fire.  Because of the established relationship between Buck Street Church and New Pleasant Grove Baptist Church, worship services held at New Pleasant Grove from January 1985 – November 1985.  The sanctuary of Buck Street was renovated and services recommenced at 3510 Des Chaumes Street.

The ministry continued to thrive during this time. The fellowship hall was completed and dedicated in honor of Brother Holly Brewer who was a devoted benefactor under the tenure of Pastor Johnson.  In addition, two adjoining lots on Des Chaumes Street were purchased to accommodate additional parking.  Pastor Harrison departed this life in February 1999.

Elder Pinkston L. Bell, Jr. received the Buck Street pastoral assignment by Bishop N. H. Henderson, Sr.  in March 1991.  Many improvements were made to the edifice, business office, and fellowship hall.  The former church cafeteria became the business office, classrooms, and the ladies lounge.  The sanctuary was upgraded with new carpet, new pews, and a sound system. The roof and steeple were replaced.  Properties were purchased on the south side and west side of the church.  As a result of our business relationship, additional property was donated by Prime Bank.

Pastor Bell developed a mission statement for the church — “To teach biblical principles that will affect a positive and productive change both naturally  and spiritually in the hearts and lives of men, women, boys, and girls, preparing them for the second coming of Christ”.    He also created our motto – “A Healing Place For A Hurting World”.

A food distribution partnership with Target Hunger, an Interfaith Ministries program, with the mission to alleviate hunger, was established to serve elderly and disabled community residents.

During Pastor Bell’s waning years, he appointed Elder Weldon Green as his assistant to perform the duties of which he was no longer able to perform.  Pastor Bell departed this life on August 17, 2016.